Our chat with the BBC 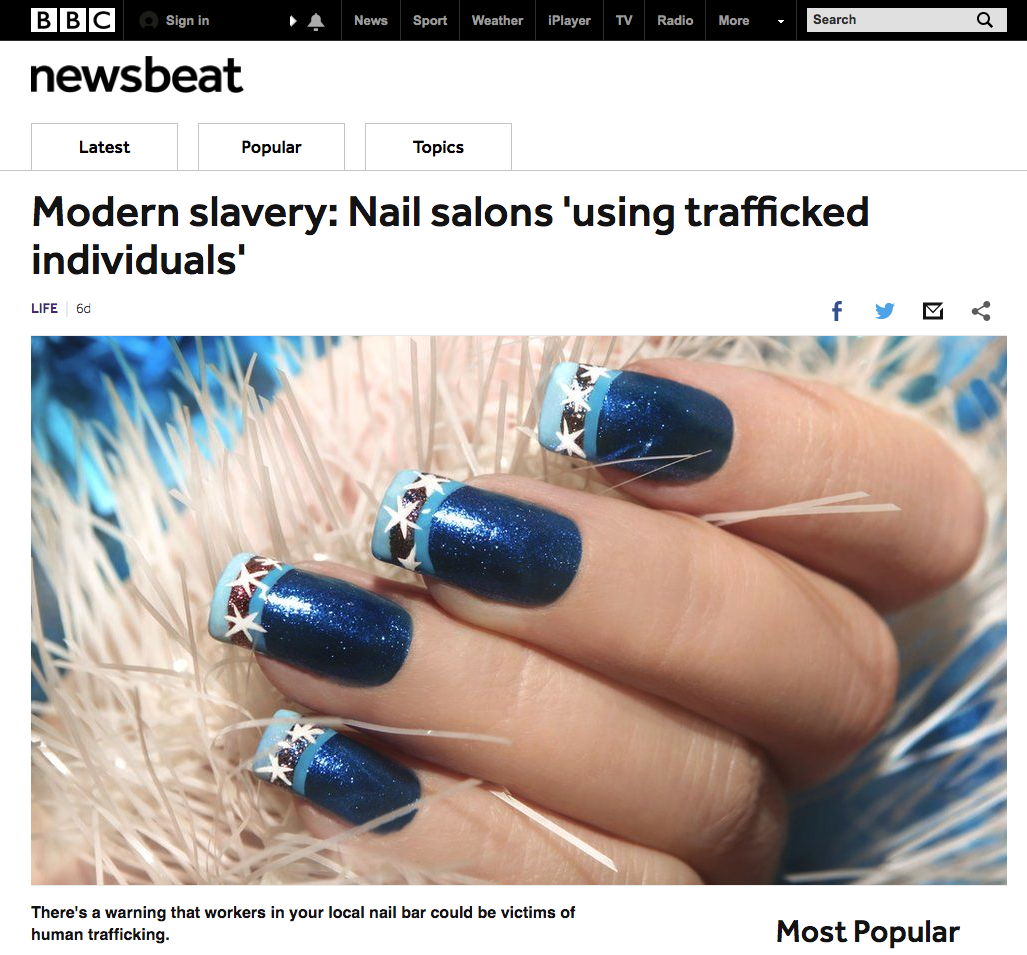 Last week I was interviewed by the BBC about Modern Slavery in Nail Salons.

In October last year, we partnered with the charity Unseen to raise awareness about the issue during anti-slavery week.

The campaign has since gained a lot of traction from the national press with coverage from the Independent, Channel 4 and now the BBC.

During the interview, the journalist asked if we were not – as a business – benefiting from the coverage.

But then I thought “hang on a minute, that’s not a bad thing.”

Raising awareness for the cause is the best way to address this issue.

Through the increased coverage, there have been a lot more cases reported and investigated: +218% in 2017.

This is truly remarkable.

And if at the same time it displays our different ways of working, then that’s a good thing too.

Since launching LeSalon, our mission was to help liberate beauty therapists.

We stand for empowerment, and stand-up against exploitation.

Sometimes this means that we have to charge a certain price that can be higher than some salons.

But it’s worth noting that nail salons illegally using victims of modern slavery are often cheaper for customers.

So if we always go for the bargain, we can end up supporting an exploitative situation for staff.

And that’s where we can all make a difference!

Modern slavery is particularly vicious in that it is hidden in plain sight, on our high street.

As customers, we are the first line of defence.

There are signs that don’t lie – below are a few of them: If you spot them, call the police.

As an individual, we can sometimes feel that our actions only have a limited impact on society.

I personally don’t think this is true. I believe that every time you spend money, you’re casting a vote for the kind of world you want.

And with that in mind, we have a chance to impact the world we live in every single day.

Graduating from the University of Northampton, Nadim went on to become a regular contributor to LeSalon’s marketing team where he covered the vital grooming treatments for men, and everything more.